If you’ve decided to get a new Golden Retriever puppy, you’re likely debating the next big decision—whether to get a male or female golden retriever?

Choosing between a male vs female golden retriever can be difficult, so we’re here to shed some light on which is right for you.

What Are the Differences Between Male and Female Golden Retrievers?

While male and female Golden Retrievers share many of the same general characteristics, some people find that there are distinct differences between the two.

Before deciding whether you should get a male or female Golden Retriever, check out the main differences between the two below.

What to Know About Male vs. Female Golden Retrievers: 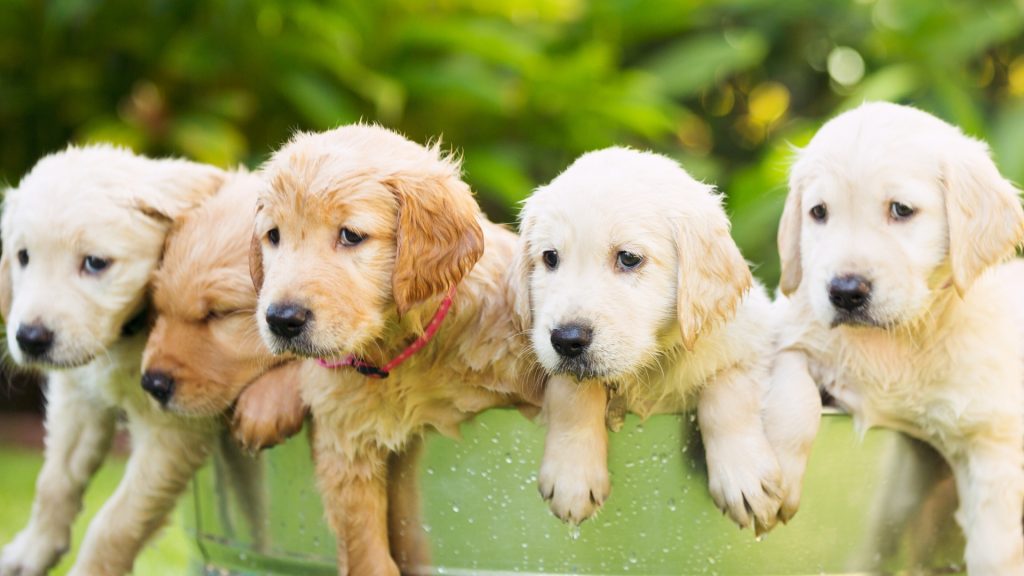 Aside from height and weight, there are other visible differences between male and female Golden Retrievers. Male Goldens tend to have thicker hair, with a prominent tuft of long hair accumulated in the neck and chest region that most people consider to be a “mane.”

Females have thinner hair that may appear to be more feathered around the body. Both male and female Goldens need regular brushing and grooming, but males may require more, due to their thicker coats.

Male Golden Retrievers also tend to have broader heads and snouts, while females have a more narrow head and a skinnier snout. In general, females are more slender, while males tend to have a stockier appearance.

This is not to say that female Goldens are not affectionate. They just might express their affection differently than male Goldens. Females still desire their owner’s company and want to be near to them, but they might like to maintain a level of independence at the same time.

Some owners also report that male Goldens also tend to have more stubborn behavior than females.

However, in our experience, the distinctions in personality traits tend to come down to an individual puppy’s personality, rather than a difference in gender.

While all Golden Retrievers have a fun, playful nature, some are far more energetic than others. That is true for both male and female Goldens.

Some owners believe that male Goldens remain in their “puppy stage” much longer than females, although, again, this is more anecdotal than proven.

Whether they are male or female, if your Golden Retrievers has a higher energy level, they may require more regular physical activity and exertion to prevent destructive behaviors or mood issues. That can be throwing a ball in the backyard or going for a daily walk around the neighborhood.

When you’re getting a new dog, it is essential to consider any potential health issues they may have at some point in their life. In the case of male vs. female Golden Retrievers, there is a distinct difference in possible health concerns.

All Golden Retrievers are prone to certain medical and physical conditions, including elbow dysplasia, retinal cataracts, bloat, epilepsy, aortic stenosis, Von Willebrand disease, and various types of cancer. An estimated 60% of all Golden Retrievers will have some kind of cancer in their lifetime.

While all Goldens are susceptible to these conditions, female Goldens come with their unique health concerns in addition to those experienced by the breed.

For example, unspayed female Goldens have an increased risk of conditions like hip dysplasia. Improvements in screening and careful breeding have been lowering the rates of this condition in recent years. Females are also more likely to develop ocular myasthenia and adrenocortical insufficiency.

While all Goldens are highly intelligent, some puppy owners report that their female Goldens seem to pick up concepts slightly quicker than males, making them more adept at associating prompts and actions. This may lead to the assumption that females are easier to train.

However, in reality, these differences may stem from training methods used by the owner and the puppy’s individual personality traits.

Goldens can often correctly respond to commands starting as young as 12 weeks old, whether they are male or female.

Working with an experienced professional who can show you positive training methods can help make things like obedience training much easier, no matter whether you have a male Golden puppy or a female one. 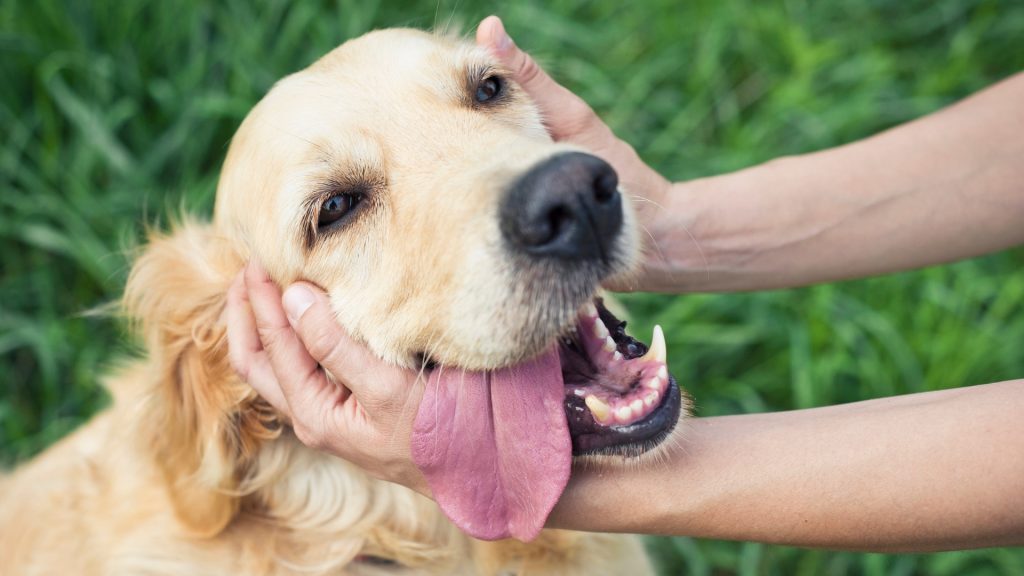 While Golden Retrievers make great family pets, there are a few things about the two genders that may make you choose one over the other for your household.

Due to their larger size, a male Golden Retriever might be able to knock children or senior adults over if they get hyper. Goldens of either gender are remarkably friendly, but this energetic spirit could cause injury to certain family members who cannot handle the size of a medium-to-large breed dog.

Goldens are an ideal match for young couples who love a lot of activity. Whether it’s hiking, walking, or water sports, a male or female Golden Retriever can thrive in an environment with active individuals.

Should You Get a Male or Female Golden Retriever Puppy?

If you’re still debating whether you should get a male Golden Retriever puppy or a female Golden puppy, you may want to consult with breed experts before making a decision. Speaking with a reputable breeder about your family’s needs and unique lifestyle can help you figure out which dog will be the best choice for you, whether it ends up being a male or a female.

Please keep in mind, in our experience, picking the puppy with the right personality for you is more important than the puppy’s gender.

Whether you choose a male or female Golden Retriever, rest assured they will bring years of love, loyalty, and fun to your family!

MORE>> The TRUE Price Of A Golden Retriever Puppy

Although golden retrievers are generally not hyperactive, females are sometimes believed to mature faster than males. This may help them to learn commands at a slightly younger age, although these differences tend to disappear as a dog gets a little older.

Male dogs are not necessarily more friendly, than female Golden Retrievers. In most cases, the differences will come from the individual personality of the puppy in question, rather than the gender.

Aside from sexual differences, the variance between a male and female puppy won’t be that strong. It really comes down to the individual personality of a puppy more than its gender.

Yes! Goldens are actually happier when they have companions, and while two males may fight to figure out who is the alpha between them, you could just as easily experience this same dynamic between two female Golden Retrievers or mixed genders.

It has been noted that gender does not typically play a role in determining the life span of a dog, although males tend to live slightly longer on average. Spaying and neutering a dog seems to have a greater impact on the lifespan of a Golden Retriever.

The answer to this question will usually come down to your personal preferences. While some dog owners report that males or females tend to have certain characteristics, in most cases, these differences stem more from the personality of an individual puppy than from their gender.

MORE>> Learn about the different types of golden retrievers